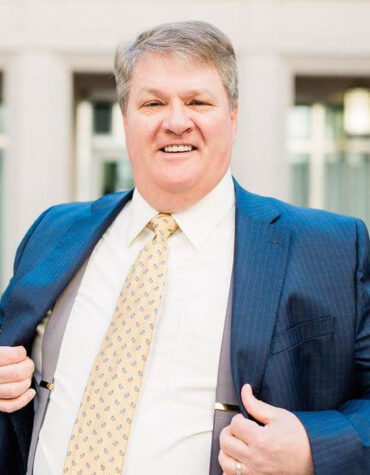 Robert Eaton moved from Saskatchewan, Canada to Illinois with his family when he was three years old. He grew up in northwest Illinois, and attended Illinois State University where he obtained a degree in Political Science.

Robert returned to education at William S. Boyd School of Law as a part time night student, while continuing to work full time to provide for his family. While a student, Robert assisted Las Vegas residents with Social Security benefit applications on a pro-bono basis. He also was a two-year member of Boyd’s Society of Advocates ABA Negotiation Competition. Robert has worked for the last 14 years defending some of the largest insurance companies in the world in automotive liability, premises liability, and construction defect litigation. Robert has extensive trial experience, including over 15 trials litigated to verdict.

While working as an attorney defending insurance companies, Robert provided voluntary service to the Southern Nevada homeless community. Despite being an attorney for defendants, Robert has extensive experience prosecuting car accident cases as he often litigated disputed liability claims, and he obtained awards in favor of his clients, who had initially been sued as a result of a car accident.

For the last 20 years, Robert has been a member of Amazing Grace, a non-denominational outreach to the homeless here in Southern Nevada that provides Sunday morning breakfast and services at the Hope Chapel on the Salvation Army Campus and Wednesday evening dinner and services at Christ Episcopal Church. Robert also enjoys hiking with his dogs, skiing and skeet shooting.